To the Father of the Irish dancing world with Riverdance, Lord of the Dance, Feet of Flames and of course Celtic Tiger.

Michael Flatley was born July 16, 1958, the second of five children and the eldest son. His parents Michael and Eilish Flatley both emigrated from Ireland in 1947. At the age of 11, Michael took on the challenge to become a champion dancer after been told he was too old to attend dance classes. At 17, he became the first American to bring the title of The World Irish Dance Champion to the US.

It was from this point that Michael began to balance his life between dance and working in the construction business.

In 1975 Michael won the first of his All-Ireland Flute Championships. More would follow on the road to becoming a celebrated flautist. In 1988 Michael became the youngest person in history to be awarded a National Heritage Fellowship from President Ronald Reagan and the National Endowment for the Arts, recognizing him as one of America’s greatest living artists. Michael was declared a living treasure by the National Geographic Society in 1991 and was featured in an article in the January issue of National Geographic Magazine, title Masters of Traditional Arts.

Michael began dancing with the acclaimed Irish group The Chieftains. In 1993 Michael was invited to perform at

The Spirit of Mayo Festival in Dublin. His innovative Irish dance style received critical acclaim and this would mark a turning point in his career. In April 1994 Michael created Riverdance which was part of the interval feature for the Eurovision Song Contest hosted by Ireland in Dublin’s Point Depot. This seven minute performance launched Michael Flatley’s international dance career. Riverdance was seen by a television audience of over 300 million viewers worldwide. In 1995 Riverdance was expanded to a full-length production and after thirteen sensational weeks as its star Michael left Riverdance to start his own show.

Lord of the Dance

On July 2nd, 1996 Michael premiered his own show, Lord of the Dance, at The Point in Dublin, Ireland.

25th, 1998 in Hyde Park, in London’s historic Route of Kings. Feet of Flames is the largest, most extravagant dance show ever produced. The Feet of Flames and

Lord of the Dance videos are two of the biggest selling performance videos of all time. In March 2000, Feet of Flames opened in Germany and performed 80 shows in Europe including a performance before 60,000 people in Budapest, Hungary. In January, 2001 Michael was awarded Germany’s top Music Video Prize for Feet of Flames, which has sold over 450,000 copies. He also collected a trophy for sales in excess of 9 times platinum. In June, 2001 Michael brought Feet of Flames, The Victory Tour to the US thrilling his US fans and fulfilling his dream of performing before a sold out audience at Madison Square Garden.

The summer of 2004 saw Michael Flatley begin rehearsals for his eagerly anticipated new show Celtic Tiger at the SFX Theatre, Dublin. In the autumn of 2004 Michael moved rehearsals of Celtic Tiger to Shepperton Studios in London. The European launch of Celtic Tiger took place at the The Nepstadion, Budapest July 9th, 2005. After the opening premiere in America was performed on Madison Square Garden 27th September 2005, the tour will continue to many other places in the world, these dates can be fount on the Tourinformation page of this website. 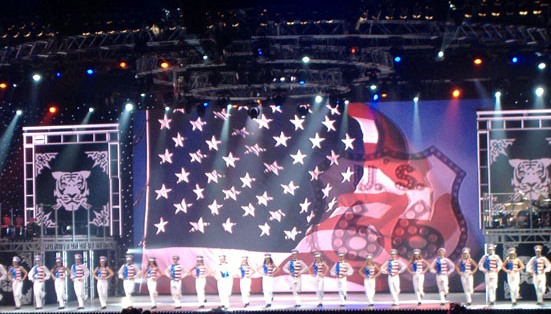